Yo that's incredible, thanks Vel!

Onderzeeboot said:
I don't know how to feel about new Seb McKinnon art :/
Click to expand...

thrilled because his art is sick

nice, a card I want to play that wasn't in the text dump, 3 mana instant night's whispers is a solid floor 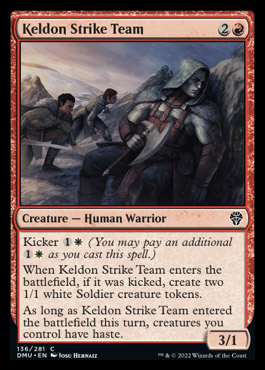 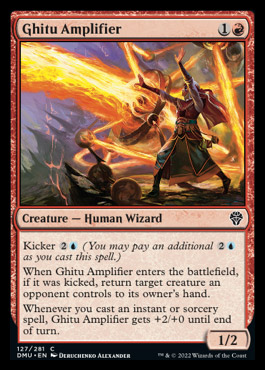 Keldon Strike Team has a floor of being a 3/1 haste for 2R. I have a feeling we're going to see quite a few Strike Teams being reanimated by a Balduvian Atrocity in limited. And I don't think I need to explain why Ghitu Amplifier is sweet.

That's honestly been one of my favorite parts about this set (I say, as if this set had been out for months) — there are a ton of strong commons and uncommons.


Mown said:
nice, a card I want to play that wasn't in the text dump, 3 mana instant night's whispers is a solid floor
Click to expand...

It was actually in the text dump — it was the example card for Kicker.

LadyMapi said:
It was actually in the text dump — it was the example card for Kicker.
Click to expand...

but it (shadow prophecy) doesn't even have kicker

Mown said:
but it (shadow prophecy) doesn't even have kicker
Click to expand...

For some reason, I had a brain fart and thought you were talking about Aggressive Sabotage.

Just wanted to say this is Coalition Relic
Click to expand...

?
I don't understand. Can you elaborate?

It actually is the relic of the Coalition that fought the Phyrexians long ago.

Velrun said:
?
I don't understand. Can you elaborate?
Click to expand...

It has (almost) the same ability as Earthcraft or Cryptolith Rite but restricted to legendary creatures.

Really happy to have a return to a pretty "vanilla" and straight forward magic set. Haven't cubed in a little while but this is getting me interested in getting back into drafting on Arena.

Peter LaCara said:
There's going to be some in the pipe from before he went full mask off evil. It's just like how I can still appreciate my Terese Neilsen card art but not endorse her views.
Click to expand...

Wait, what, what did he do now?

ravnic said:
Wait, what, what did he do now?
Click to expand...

Went to that big white supremacist/anti-vax rally in Canada and posted about how awesome it was on Instagram.

Peter LaCara said:
Went to that big white supremacist/anti-vax rally in Canada and posted about how awesome it was on Instagram.
Click to expand...

And then doubled down on it, saying that just because people with Nazi flags were there didn't make him a Nazi supporter and that everyone there was nice and kind and held no ill will towards anyone.

(My position is that on the one hand, sure, he may be technically right in that he might not support white supremacy, but on the other hand, the only acceptable reactions to seeing a Nazi flag in public are a) attempting to remove it/protesting it or b) leaving.)

Every dumbass artist I ended up buying an art print from turned out to be a shitty person.

Terese Nielsen with a Basandra, Battle Seraph print or this neat Natural Order print? Turns out she's really really fucking into alt-right, straight up racist rhetoric, and full into conspiracies. Noah Bradley's art of History of Benalia looks like it'd be a pretty cool scroll to hang up. Oh, he's really fucking creepy and just sexually harassed the hell out of so many people. Seb McKinnon playmats, wow these are great! I'm going to do every kickstarter! Fucking moron ignoring the issues and focuing on some dumb QR code tangent. I'm just going to not buy anymore art at this point. I just hope John Avon doesn't turn out to be like the Zodiac Killer 2.0 at this point.

How hard is it to not be an absolute shithead. The bar is so low to just be a decent person that isn't extremely ignorant or outright fucked up. Sleep with dogs and you'll wake up with fleas, good riddance to all of them. There are so many talented artists and great works of art that aren't tied to people with absolute shit for belief and awareness that I'm glad to never see another piece by any of them again.

shamizy said:
I just hope John Avon doesn't turn out to be like the Zodiac Killer 2.0 at this point.
Click to expand...

Of course he's the Zodiac Killer 2.0. How did you think he got the pigment for his red paint?

shamizy said:
I'm just going to not buy anymore art at this point.
Click to expand...

I'ld wager money on Rebecca Guay being a decent person from what I've seen online.

shamizy said:
Every dumbass artist I ended up buying an art print from turned out to be a shitty person.
Click to expand...

Shamizy: for the sake of the rest of us who also enjoy magic art, and for humanity as a whole, please stop buying art prints. Thank you.

Imagine how all those people sponsoring Picasso and Gauguin felt!

landofMordor said:
Imagine how all those people sponsoring Picasso and Gauguin felt!
Click to expand...

Picasso was shitty to his "muses" at the very least

Van Gogh attacked Gauguin and was a substance abuser, beeing normal isn't a requirement to be an artist. It's pretty difficult to find people without sin. It's good that Wizards doesn't want such controversy and stops hiring people with toxic behavior.

I dislike white-supremacy, believe in vaxination.

But then again, I love animals, I dislike that the're killed for food or sport. But still love my wife, who loves her steak and I'm on speaking terms with my father-in-law who loves fishing. I hate that people in Africa are dying of hunger, but I spend my money on MTG cards in stead of sending it to people who could use it better.

Reasons why The Elder Dragon War is awesome #69420. 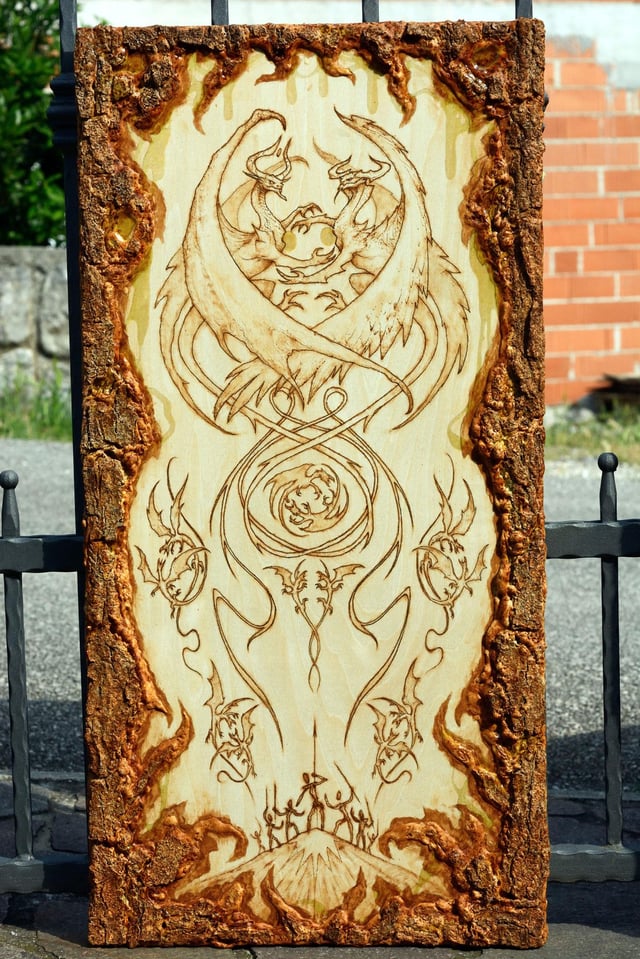 ...It's a real wood carving! Fantastic work by Filip Burburan.

Yeep
This is from page 10


The art for this card isn't a painting. It's a piece of wood carving.

It's a physical piece of art. The bark is glued onto the wood and (fake) tree resin was applied to it afterwards.
Click to expand...

I think it’s SO cool!
And I am happy that you found a good picture to show us. It looks amazing! Thank you @TrainmasterGT

Is it carving? Looks more like pyrography to me (not a criticism, just an observation. Burning the image seems very appropriate for dragon themed art).
You must log in or register to reply here.
Top