It looks like the Core Sets are continuing to be excellent stand-alone sets. We've only had about 1/3 of the previews (including lands) and there's already a few cards to discuss.

Deathtouch
Whenever Liliana's Reaver deals combat damage to a player, that player discards a card and you put a 2/2 black Zombie creature token onto the battlefield tapped.
Illus. Karl Kopinski 4/3

I don't know how favourably this compares to Graveborn Muse, but maybe?

Whenever another creature enters the battlefield under your control, that creature gets +2/+0 and gains haste until end of turn.
Ogres are driven by passion, rage, and another ogre standing behind them with a whip.
Illus. Greg Staples
3/3

Whenever you cast an instant or sorcery spell, put a 1/1 red Elemental creature token onto the battlefield.
Immolation is the sincerest form of flattery.
Illus. Cynthia Sheppard

Good enough in red aggro decks as a Bear that provides incidental value, and a card that you can build around. Between this, Delver, Guttersnipe, Talrand, Augur, and so on, the spells matter theme in U/R doesn't need too much attention to become competitive.

Dom Harvey said:
I'm not sure if I should test it though, as MTGS says it's not good enough for the Cube. Gotta stay true to Keldon Champion.
Click to expand...


I'm not sure if you're being sarcastic or not.

Also, you didn't post the stats on Young Pyromancer. You say it's a bear, but that could mean all sorts of things.

+1 on Pyromancer being awesome. True to character I'm gonna say my favorite spoiler so far is the 3/3 for GG. I also like the G uncounterable card and the mythic and rare G enchantments. Green is the sweetest color and if you disagree with me you are wrong.

None of the White cards really do it for me

Edit: Battledriver is particularly droolworthy. What a card!!!

Second edit: read the rest of your 'first impression' jason -- no love for Mogg War Marshal? dog is a legacy staple! (it's kinda funny when i use that terminology to explain why, in fact, Siege-Gang Commander is a stronger card than Thundermaw Hellkite...)

Staff member
Well, I run him, so that's love right? Mostly I was trying to look at other two-drops that put multiple bodies on the field.

more love than i have for the dude and of course he's just a tribal card in legacy but god is he good. (it's funny that out of the three tribal decks in legacy, the red one is control, the blue one is aggro, the green one is combo) 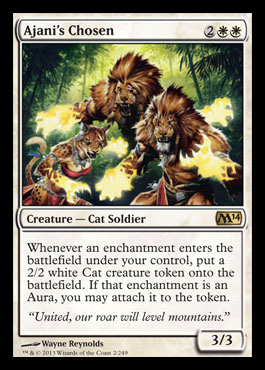 This could be interesting, kinda like a less all or nothing Sigil of the Empty Throne. Enchantress could be an interesting sub theme for a cube

Seraph of the Sword: 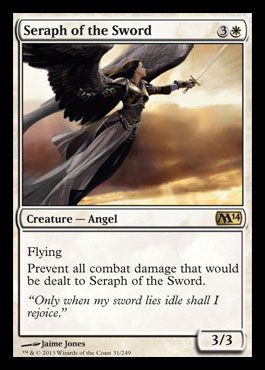 If I want a cho-mano, this is a pretty sweet cho mano. Phantom Monster is a sweet magic card after all. 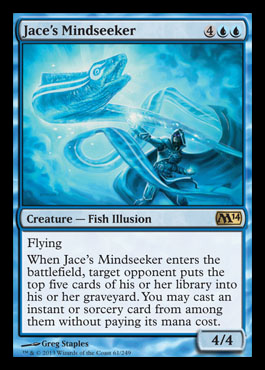 That's a hell of a chancellor of the spires. +1 for the mill deck eh CML?
The difference between 6 and 7 is huge after all. 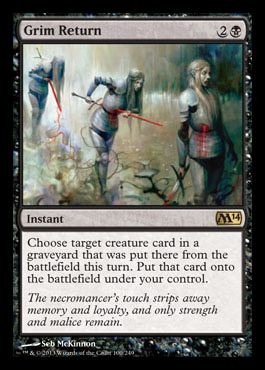 Interesting. Part Undying Evil, part Dominate? it might be too much mana, but thats a cool effect. 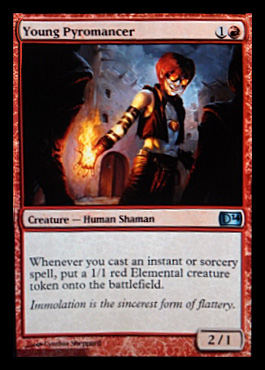 Interesting. I just ditched the spells matter blue red thing (for the most part), but he looks better than talarand did. He might even have a decent place in the red aggro deck, since it usually has a bunch of burn spells flying around. 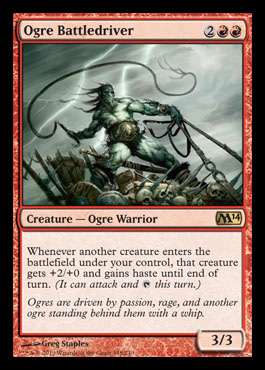 I'm not terribly optimistic. He's midrange tastic though, so if you're looking for some help in that department, sign on up. I'm sure it's fine average case scenario, but it's just not what I'm looking to do. 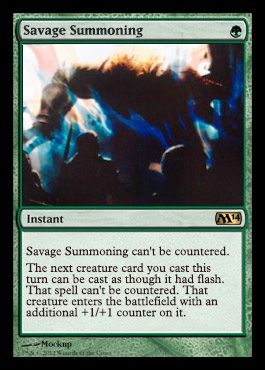 Yeah sure the uncounterable thing seems weird, but I'll by it. Scout's Warning, only a counter instead of a card? Could be. Certainly makes green more tricksy, which I like.

Staff member
Savage Summoning does seem like an interesting take on "fixing" Flash (the card, not the mechanic).

Staff member
What do you guys think about Shadowborn Demon?

I guess I'm the only one who likes the mythic angel? I always thought that Baneslayer was a little bit over the line, plus the new angel is a (potential) anthem which is always welcome in white. It seems like the exact card I want.

The demon seems great! it's a nekrataal that turns on sacrifice synergies! I like that it's not always right to just send him out alone too.
I also really like young pyromancer. Seems like a good slot for the spells tempo deck.
I'll also keep Vastwood Hydra, Goblin Diplomats, and flying cho-manno in mind

Why bother? Lingering Souls is rotating out.

yeah but not from modern!

i was trying to come up with a witty retort based around baneslayer's more-broadly useful "gain 5" disposition but i couldn't, help me out?

Staff member
Do I look like a playwright? Must I really come up with both sides of the dialogue?

haha, whenever i watch political stuff over here i always wanna yank the damn mic from under obama's throat and start ad-libbin CML-style. the one politician that isn't like that is bill clinton, then i realized that people i considered friends were those few with whom i didn't have that compulsion to 'come up with both sides of the dialogue.' on the other hand, the worst professors at college were the ones that 'had dialogues with themselves and monologues with others.' language is fun

I'm lovin the demon so far, as I found he's a lot more in line with what I want than bloodgift demon.

Here's what we get instead of thundermaw btw: 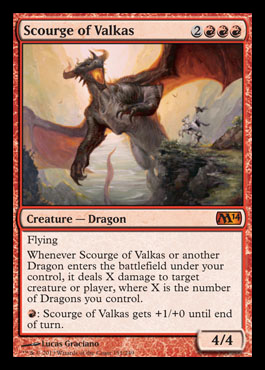 Now a few things to note here: it does say "or player" and it does say "or another dragon", so it's better than I thought it was (Which was the worst foundry champion ever)
Still not too excited for dragon tribal in my cube though Go deep on Crucible of Fire?

it sounds intresting to me though !

giant tribal takes priority at the moment. i might be able to support both if i get real sly though ... i'll be looking into it and maybe i'll conjure some kind of primer post or something

there is dragon broodmother!!!

Staff member
Just a heads up, the Young Pyromancer article was fairly well trafficked, so if anyone wants to take a stab at any other card previews I'd be happy to post it.

Staff member
When I saw Liliana's Reaver, the first card that popped to mind is Ashling, the Extinguisher. Both cards have the same cost, similar bodies, and a beneficial trigger on dealing combat damage to a player. Obviously Liliana's Reaver is much more effective on an empty board. Some difference in power level, but I think the functionality is similar enough that you can use your experience with Ashling as a comparison point.
You must log in or register to reply here.
Top