I first ‘discovered’ Ludevic’s Test Subject while playing another player’s cube. The 0/3 seemingly innocuous defender appeared to be an odd inclusion. Yet, by the end of the round I’d suffered two losses at the  claws of an Eldrazi-sized Lizard Horror.

At first glance, Ludevic’s Test Subject seems unplayable. It teeters on the brink, with just enough power in each of its design elements. Three toughness is just enough to hold back hordes of two-power beaters that populate cube lists. The ten-mana flipping cost would likely be too steep without the transformation and addition of counters happening at instant speed. The 13/13 body would be far less effective without Trample.

Thankfully the card is sufficiently powered, as the Test Subject is one of the more captivating designs from Magic’s history. Unlike most finishers, Ludevic’s Test Subject requires some real planning and intuition to use optimally. Do you need to hold open countermagic mana for an opponent’s kill spell, or are you free to tap out four hatchling counters at the end of turn? When it correct to invest resources in counters rather than spending mana on other cards? There’s an element of planning ahead, both with and against.

Strangely enough, one of the best comparisons for Ludevic’s Test Subject is Celestial Colonnade.

While the two are by no means of equal power level, they do share a number of similarities. Both fill slots that cube control decks already need (lands and early road blocks). Both serve as late-game mana sinks that can finish off an opponent. Whereas Celestial Colonnade requires a five-mana investment on your turn each time you want to attack with it, Ludevic’s Abomination can be yours forever for only five easy two-mana payments at instant speed. If the late Billy Mays were still around, he’d be peddling it in direct-response advertisements worldwide. 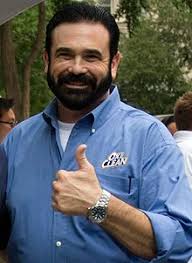 So put Ludevic’s Test Subject in your cube. Most importantly, put it in your cube decks. Far too many players make the mistake of leaving it in the sideboard when it comes to narrowing down the final 40.

Take it from Herm Edwards, Ludevic’s Test Subject plays to win the game.

Weigh in with your thoughts in our forums.